When making decisions, it is relatively straightforward to look back in history to see how previous similar crises played out. Then respond accordingly to the current crisis, with that so-called ‘hindsight’. The reality unfortunately is that every new crisis brings nuances that prove ‘hindsight’ to be less relevant.

From the perspective of financial markets and economies it is useful to take note that this crisis is quite different in nature to the global financial crisis (GFC) of the late 2000’s. But, it does share some similarities in terms of its impact.

The GFC originated from, and was mostly contained within, financial markets (with some spillover into the real economy). It was triggered by a downturn in the US housing market. Subsequently, across the globe, share and bond investors faced significant losses (some up to nearly 50% of their value), banks went bankrupt and some large institutions had to be ‘bailed out’ by Governments.

From an ‘economic’ perspective, that crisis mostly impacted the ‘demand’ side of economies. Or to put it in another way, with consumers feeling less wealthy as a result of falling share markets and house prices, they were less willing to spend. This in turn negatively impacted sales for businesses that produce goods and services in the real economy.

In response, central banks stepped into lower interest rates; meaning money became cheaper to borrow both for businesses as well as consumers. This not only boosted investor confidence, but also incentivized consumers to spend. As a result, in the 12 or so years after the crisis, investment markets grew at unprecedented levels, with investors enjoying stellar increases in wealth. As an example, an index that tracks the shares of companies across 23 countries had gained over 200% by end of 2019. In simpler terms, for every $1,000 you invested before the crisis, you would have had $2,039 by Dec 2019.

While the GFC originated in financial markets and spread into the real economy, the current crisis has traversed in the other direction.

In this instance, not only has the demand side been impacted but also the ‘supply’ side of the economy. The supply side refers to the production of goods and services. With social distancing measures being applied across countries and resource (e.g., talent) mobility being significantly restricted, the Covid pandemic is directly impacting on our ability to ‘produce’ goods and services.

This means a period of turmoil for businesses, with some facing an existential crisis, as well as the prospect of job losses for individuals, at almost unprecedented levels. It is still early stages in the crisis and no one has a crystal ball to divine the future or determine how long this may last.

The only thing certain is ‘uncertainty’. Unfortunately, financial markets and ‘uncertainty’ don’t get along well. As a result, at the time of writing in late March, share markets around the globe, have already sold off over 20% since the start of this year. In summary, the world is staring at a global recession in its face. Given interest rates are already low, the responses that were effective for the GFC may not be practical for the current crisis.

As much as ‘hindsight’ doesn’t make us all that much more wiser, there are a handful of universal truths that stand the test of time. This is as good a time as any to review how resilient and savvy you are financially.

As indicated, we are still in the very early stages of this crisis, with things likely going to get worse before it gets better. Part of the uncertainty is because much of the recovery (and recover we will) is going to depend on the size and scope of the responses from Governments across the globe.

As a first response (which has since beefed up), New Zealand responded with a $12billion plan, the US with close to a trillion dollars and the Eurozone with a Eur750 billion package of stimulus. In reality, these amounts may still not be enough, as we don’t know how effectively each stimulus package is implemented. Only time will tell.

At times of such uncertainty, when I have to make a decision I’m reminded of a philosophical quote “it is better to be vaguely right than precisely wrong”. 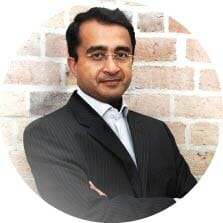