Can you tell us a bit about Symbolically Kiwi?

Symbolically Kiwi is a movement. It’s an effort to change NZ culture into one that celebrates success, dreams big, and encourages one another to try difficult things.

Symbolically Kiwi is an interactive art exhibition. We’re featuring world class kiwis who are leading in their respective fields. I’ve created an art piece for each of them, telling a story about them through the shapes, symbolism, and materials which are unique to them. Combined, the collection will tell a story of how the world sees Kiwis as a whole- through the lens of those most esteemed among us. The purpose is to dispel tall poppy syndrome by celebrating and spreading kiwi success stories – by showing the audience that “Kiwis are capable of greatness. You are capable of greatness.”

There’s also a short film within one of the silos, which is a compilation of my interviews with the Symbolic Kiwis. Often successful people are painted as “heros”. I want to show that they’re not that. That they’re just humans – they had childhoods, they had struggles, and that if they can do it, then so can you. There will also be some advice from our Symbolic Kiwis to the people coming through the exhibition.

What was your inspiration behind your latest exhibition?

Kiwis are achieving incredible things on the world stage. We have this narrative of being the underdogs. But hang on – we’re one of like 5 countries in the world where English is our first language (seriously, count them: USA, Canada, England, Australia, NZ). No-one talks about that. That’s a huge advantage. Kiwis aren’t underdogs – we absolutely deserve to be competing with and winning on the world stage. And we are! Symbolically Kiwi enables us to celebrate our success stories, because we don’t really do that as a nation. More than that, it’s about painting our iconic kiwis as just regular kiwis. Because they are just regular kiwis, they come from similar backgrounds, and they have the same struggles. We want to show that if they can do it, then so can you. Truly – anyone can do it, even you, reader!

The purpose of Symbolically Kiwi is to dispel the tall poppy syndrome. My hypothesis for why this exists is two-fold:
People believe that it’s a zero-sum game. That if someone else succeeds, then there’s less room for our own success. | This is, of course, the opposite true. When Peter Beck succeeds, he’s also creating an industry which didn’t exist. When Helen Clark succeeds, she’s paving the way for many more amazing female leaders.
People believe that they’re not capable of the same level of success, so they cut others down instead of rising up. | I believe this is due to “successful” people being portrayed as heroes in the media- and not as normal flawed people with normal childhoods and their own challenges.

So Symbolically Kiwi gets us to realize that when a Kiwi succeeds – we all succeed. That their success is our success. And secondly, that these people are just normal people- and if they can do it, then you can do it. Thereby addressing both the underlying reasons for the tall poppy syndrome.

How did you choose who to feature in Symbolically Kiwi?

What the Symbolic Kiwis have in common is that they’re doing incredible things in a diverse set of fields and have stories which will resonate with the public. NZ is a wonderfully diverse place, so I needed to create a lineup which was representative of that. I tried to assemble a lineup which would allow any Kiwi to walk in and be like “Wow, this person is amazing! They have a similar background to me, they look like me, and if they can do it, then so can I!”

How does your latest exhibition differ from your previous work?

This is certainly my most ambitious project. I’ve been telling stories through shapes before, but not for a collective group of people. What I’m really enjoying about this exhibition also is the material component. To explain that, I need to explain how my art works. My art style is based on how we see as humans. It speaks to something primal within us- something subconscious. When your brain interprets a scene that you’re looking at, it first sees the edges. It then combines the edges into shapes. Finally, it looks at the texture within the shapes to decipher what you’re looking at. Colour doesn’t come into the equation till much later. My geometric art works in the same way, it follows the mechanisms by which you see – before any conscious thought occurs. Symbolism also doesn’t require any conscious thought. What I’m doing with Symbolic Kiwi is distilling their stories down into symbols. You can understand the story on a subconscious level, and then also engage with it at a conscious level.

With the exhibition, you can also engage with the stories on a physical level. You’ll be able to pick up these shapes, these stories, and pose with them; recreating the art of these symbolic kiwis and creating your own story. This is something I’ve thought about for a while, but wasn’t able to pull off till now.

What were your biggest challenges when completing this project? What are you the most proud of?

Ah, so many challenges! Despite having worked with some big names (the estates of Marilyn Monroe, Elvis Presley, and Muhammad Ali), I hadn’t hosted my own exhibition yet. I was also relatively unknown in NZ. So, imagine an unknown artist with no previous exhibitions comes to you and tells you that he’s going to create the biggest art exhibition in NZ and he wants you to be involved. The reaction is what you would expect. Ironically, whilst trying to dispel the tall poppy syndrome, I came up against it.

However, the vision of a NZ where we celebrate success, dream big, and encourage each other to try difficult things, was too enticing- too compelling. Some people eventually had to say yes. As I had more conversations, there were plenty of “no”s (which I ignored). What I’m most proud of is all the “YES”s. There are some fantastic partners without which the exhibition wouldn’t exist. Panasonic said yes, they gave me the camera equipment required to pull this off. Panuku said yes, they gave me a beautiful venue in Silo Park. Mass Design said yes, they helped me fabricate all the artwork and bring it to life. Madusha Adasooriya (Expo Labs) said yes, he helped create all the wonderful marketing assets and the ads that you see. Last, but certainly not least, all 10 Symbolically Kiwis said a big YES. They believed in the vision and thought this would be fantastic for NZ.

So I’m really proud of getting all these fantastic people involved. When we launch the exhibition, I’m going to be immensely proud of our collective efforts and the impact we will have on NZ.

What is your ultimate goal for Symbolically Kiwi?

To dispel the tall poppy syndrome. To inspire thousands of kids to dream BIG and know that they can achieve anything that they set their mind to. To have a society where anyone can dream BIG and be supported by everyone to achieve the greatness that they’re capable of- that we’re all capable of. 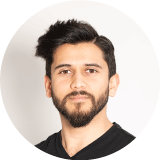