Life as a Kiwi in small-town Canada

When Cole Atkinson landed a job with Canadian e-commerce platform Shopify, he made the daunting decision to leave Auckland behind for a small town on the outskirts of Toronto. Now he’s having the time of his life exploring everything this winter wonderland has to offer. Cole sits down with Kea to share his thoughts on being a Kiwi in Waterloo.

From Kiwi to Canuck: my path to life as a resident in Canada

We’ve got the worst coffee. Equally as bad brunches. And we’ll freeze you under several feet of snow and negative temperatures for roughly five months of the year. If Canada could apologise to you for these things, it would. But if those are the only bad things you encounter about this wonderful country, then much like us, you’re bound to fall in love with this part of North America.

After landing a job at Shopify, my wife and I moved to Waterloo, Ontario at the end of 2016. Waterloo is a town of around 130,000 people located an hour southwest of Toronto. Coming from living in central Auckland our whole lives, moving to a small town was daunting, and very much unknown. Forget the fact that it was also on the other side of the world. So, what can you expect if you’re thinking about taking a plunge of your own into Eastern Canada?

The GTA (Greater Toronto Area) can experience up to 70-degree swings from winter to summer. A cold winter’s day gets close to -30°C and it’s not uncommon to have scorching summer days in the high 30s. Personally, I love how polar opposite the seasons are. The heat of summer, the unbelievable colours in autumn, and all the snow in winter is magic.

If you’re looking for something a little tamer, you might want to head west to British Columbia. Vancouver gets snow far less regularly and generally hovers around 0°C in winter, but be prepared for rain, rain, and more rain.

Canadians are extremely friendly people, but be prepared to work to make friends

Friends are a hugely important part of a happy move. Throughout life we’re surrounded by peers at school, university and work. These people naturally turn into our friends. When moving overseas I focused on all the “hard” things such as getting a job and finding a place to live, and completely underestimated that building a network of friends would not happen organically and easily.

The fact that you are a foreigner and your time in Canada is potentially brief or undetermined means that you will have to put in work to make true friends. Canada is not like London; there isn’t a plethora of like-minded Kiwi expats around. Be prepared for that. Two years in, and I only feel like now I have a small (but tight) network around me. You must be ready to give it time because if you’re anything like me, it won’t happen in three months.

This needs a section of its own! You will have to tip in Canada. I still don’t feel like I have it down correctly after two years, but here’s a general guide I abide by:

Getting a visa, a job, and moving here

If you’re under 35, you can qualify for the IEC visa program – a 23 month work visa that is part of a reciprocal agreement amongst many Commonwealth countries. It only costs around $300 and if you’re lucky, from start to finish will only take you roughly three months to get. If you do qualify for the program, this is your best path to getting into Canada.

After you have been here a year on IEC, your points for Permanent Residency under the Canadian Experience class increase dramatically. If you’re here after a year and foresee staying longer than your initial visa, get onto your residency application straightaway. We just finished obtaining PR and the process from start to finish took around a year. If you have a tertiary education and/or work in a skilled sector like Engineering or IT, under the current rules you would be hard-pressed not to make it after working here for a year.

From my experience, New Zealanders are well respected as professionals in Canada. However, get ready for some ambiguity and a longer time to make commitments deliverables in meetings compared to New Zealand. It will likely be frustrating, but you will need to get used to this and come up with an approach that works for you and your peers.

If you have a pet, you can bring them with you

It cost us around $4,000 to get our dog to Canada with us, but there was no way we were leaving her behind! We used Jetpets and they were pretty good for the most part. Canada has no quarantine requirements for pets coming from New Zealand, so you can pick up your furry friend right at the airport. Keep in mind that there is an embargo on pets travelling into Canada between December 15 and January 15, so if you’re coming here during that time you’ll need to arrange for their arrival after you get here. A landlord cannot legally decline you their place to rent if you have a pet in Canada, which is nice to know!

Other considerations for the moving process

If you have cash to buy a car then great, otherwise I’d highly recommend checking out Leasebusters. They will let you take over someone’s second-hand car lease. They’re generally a bit more liberal with credit checks/applications so long as you have proof of income and visa status. That being said, if you’re living somewhere like downtown Toronto, a lot of my friends don’t have cars.

One of the things I love about living in Canada is that all of North America is on our doorstep. While I can’t go into everything in detail in this article, here are some things to add to your list:

If you like the idea of living in the United States, but can’t be bothered with all the rubbish that comes with that, then Canada could be the place for you

Canada is one of the world’s most progressive and friendly places with amazing job opportunities while still giving you that “American” experience. We moved here purely for something different, but in the end the professional and personal experiences we are gaining are just things that we wouldn’t get in New Zealand. We can see sports stars and games that only existed as mythical figures on a television set growing up in NZ. And now that we have the opportunity to explore much of the Northern Hemisphere, you truly see how much of a small, isolated paradise New Zealand is. These are all experiences and learnings I will never forget, whether I spend the rest of my life in Canada or not. 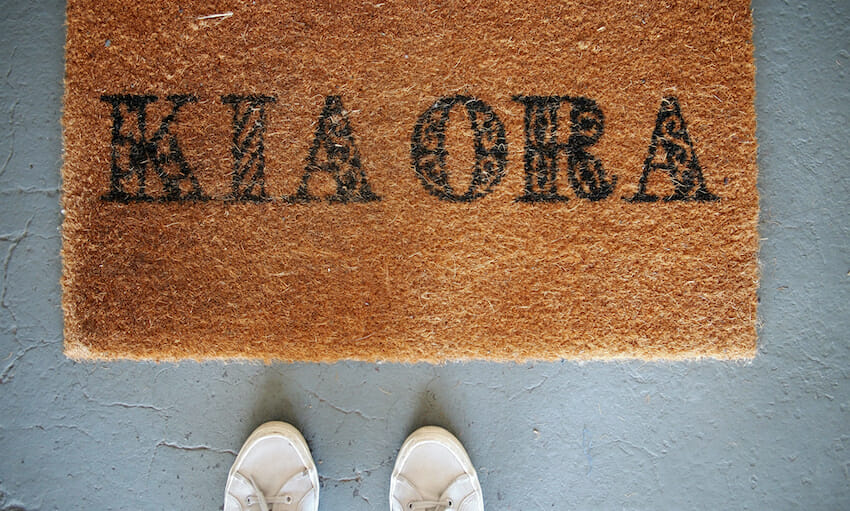