Anna Fifield on moving back to New Zealand

Anna Fifield has worked all over the world as a journalist and foreign correspondent. Most recently, she has based herself in China as the Beijing bureau chief for The Washington Post. Once Covid-19 hit, Anna found herself back in New Zealand with her 9-year-old son, Jude, and has since made the decision to stick around. We spoke to Anna about why she’s decided to come home to Aotearoa, and her hopes for the future of journalism.

Can you tell us a bit about your career background?

I’ve been abroad for 20 years, working for the Financial Times and then the Washington Post, mostly as a foreign correspondent. I’ve been based in London and Washington DC, and posted to Seoul, Tokyo, Tehran, Beirut and now Beijing. I also did a year at Harvard as a Nieman journalism fellow.

What led you to make the decision to stay in New Zealand post-Covid?

I evacuated my son to New Zealand in January when the coronavirus erupted in China, then returned alone to continue reporting (I spent six hours in New Zealand!) After two months without seeing my child, I went home on what I thought was a quick trip but China closed the borders while I was out. So I ended up spending four months at home, the longest period of time I’d spent there since I left in 2000.

A whole combination of factors led me to decide that it was now the right time to return to New Zealand, which is something I would never have imagined doing in January this year. But it feels right for me and my family.

Stuff was recently bought by CEO Sinead Boucher, making it Kiwi owned. How did this factor into your decision to join their team?

It was absolutely decisive. I would never have even considered joining Stuff if Sinead hadn’t bought the company. It’s been heartbreaking to watch the hollowing-out of New Zealand media over the years so it was inspiring to see Sinead make this move. I absolutely believe in her and her vision for Stuff, and that Stuff will flourish being owned by Kiwis for Kiwis. It was tough to leave a newspaper owned by the world’s richest man, but I want to do my part to contribute to the New Zealand media environment.

Covid-19 has had a huge impact on media in New Zealand, with many publications shutting down. What are you hopes for the future as we come out of this?

This is a tough time for news organizations around the world: reader demand has never been higher, advertising has never been weaker. The fundamental economics of the media industry has not changed. If people value careful and accurate news, they need to be prepared to pay for it. My job now is going to be focused on producing great content that people want to pay for. There are so many great stories in New Zealand and I can’t wait to get stuck into them.

What advice would you give to those hoping to work in journalism and media in the future?

I love my job and can’t imagine ever doing anything other than journalism, but I get that it’s a precarious career choice. I’ve been incredibly fortunate in my career and I’ve always followed my heart, and my heart is in journalism. If you’re passionate about journalism, you should give it a try. The core skills you need to be a journalist — curiosity, analytical skills, good writing — are applicable to lots of professions.

We’re here to support returning Kiwi. Here’s our list of resources to help you plan your return and next steps. 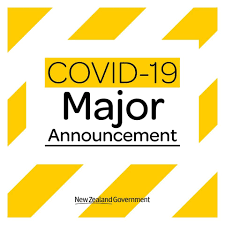 Changes to MIQ requirements for 2022 Change to New Zealand's MIQ system have been announced. Here is a quick summary of the Kea facts for our Kea community.
READ MORE